I knew my son was different at his first birthday. Having two older sisters, I could have attributed his habits and behaviors to “being a boy”, however I sensed something else was wrong. My son (we will call him Alex) was in constant motion. When he was awake, he was literally moving all the time. Although Alex was very bright and could understand and follow simple directions, he would constantly test the limits of my patience without contemplating the consequences of his actions. This type of behavior would follow him the rest of his elementary school years and into adolescence. 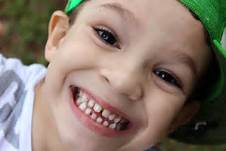 One of the most frustrating academic issues I experienced was the lack of understanding on the part of many of his teachers. Yes, Alex was difficult to manage in class and often engaged in his typical “didn’t-think-it-through” behavior, but he was an extremely smart young man with huge potential. I never once excused his behavior but tried to explain the differences between Alex’s learning style and most of the other students.

Here are a few things I wished his teachers had known about ADHD & my son:

After many years of frustration and fighting for my child, this story does have a happy ending. Alex is a very successful 30-something. His skills are appreciated and applauded at work. He has many friends; his easy-going, positive attitude attracts people to him. He is still high-energy but has had the chance to grow into his ambitions. I am privileged to have been along for the ride so far. I cannot wait to see what the future holds for this amazing young man. I am proud to be his mother.

Ingrid Hartig is a Master Instructor with Brainspring Educator Academy.