Recess is more than just a break from the classroom and has profound cognitive benefits. This period of unstructured play gives children an opportunity to be physically active, creative, imaginative, and social.  Studies show that recess has a positive impact on focus, attention, and mood for a child. Similarly, adults report increased mental clarity and a better disposition after a brisk walk or a trip to the gym. In addition, adults and children alike learn better when they take frequent breaks rather than concentrating for long stretches. Several studies show that after recess children are more attentive and able to perform better cognitively.

What the Research Says

In a study performed by Georgia State University’s Department of Early Childhood Education, researchers observed the behavior of students belonging to a class which had recess only two times a week. Their results showed that the 43 children were more on-task and less fidgety on days when they had recess. Sixty percent of the children, including five with attention deficit disorder, worked more and/or fidgeted less on recess days.

According to a study performed at the Neurocognitive Kinesiology Laboratory at Illinois, recess contributes to better performance on academic achievement tests.  Researchers found that students performed more accurately on difficult tasks on flanker tests after exercise.  Also noted were behavioral improvements and changes in student’s event-related brain potentials (ERPs), which are neuroelectric signals that measure attentional resource allocation.

The last part of this statement is particularly significant as it relates to focus. Attentional resource allocation refers to the ability to narrow in on the relevant task at hand and disregard irrelevant distractions. The flanker test administered in the study used visual noise as a distraction from the correct stimulus. In a real-world setting, this would relate to the ability to tune out background noise and focus on a task, like a quiz. 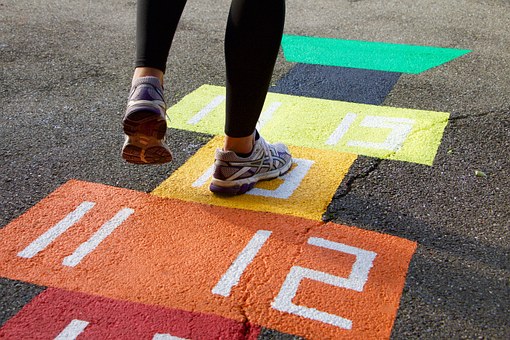 Cognitive processing and academic performance depend on regular breaks from concentrated classroom work. Recess is a necessary break in the day for optimizing a child’s social, emotional, physical, and cognitive development. With such positive consequences, it is apparent why teachers are opposing recess cutbacks, advocating for budget allocation toward play structures, and pushing for longer free-play times. It is also quite inspiring that more teachers are looking towards incorporating kinesthetic activities into their teaching techniques!

American Academy of Pediatrics, 2013, The Crucial Role of Recess in School, <http://pediatrics.aappublications.org/content/131/1/183>

The University of Illinois at Urbana-Champaign, 2009, Physical Activity May Strengthen Children’s Ability To Pay Attention, <https://www.sciencedaily.com/releases/2009/03/090331183800.htm>

Georgia is a tutor at Brainspring Learning Center in Shelby Township, Michigan