Get Ready for THE CODE A 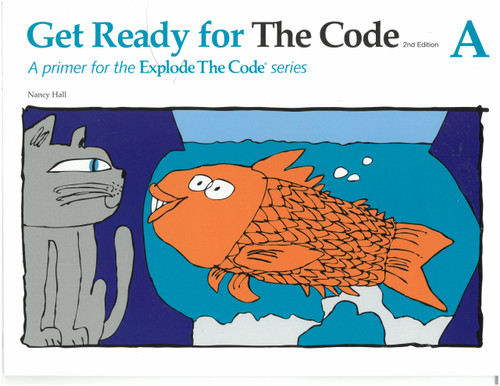 Get Ready for THE CODE A

Get Ready for The Code, Get Set for The Code, and Go for The Code, which all introduce the consonant letters, comprise a three-book series of primers for the Explode The Code series. The exercises are designed to develop visual, auditory, and kinesthetic perception of the letters. Activities include tasks such as visual tracking, matching, tracing, copying, and identifying the letters and their sounds. Special emphasis is given to discriminating between similar objects and letters, to developing the motor control necessary to write legibly, and to developing the listening skills children need to follow directions carefully. By the time children finish the series they will have learned all of the lowercase consonant letters as well as their sounds and written forms, and will be ready for Book 1 of the Explode The Code series.

Get Set for THE CODE B

Go for THE CODE C

Explode the Code Teacher's Guide Books A, B, C

Get Set for THE CODE B