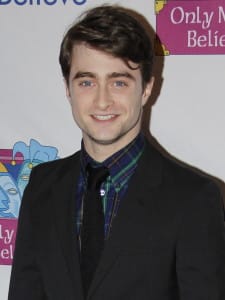 Next week there will be a new video in Sarah’s Spelling School. Yay! Thank you all for watching and sharing the spelling rule posts.

Today, I’m sharing another Reading Hero for March is Reading Month. This Reading Hero is the personal hero of one of my students: Daniel Radcliffe. I didn’t know until my student told me, but Daniel Radcliffe has dyspraxia. Dyspraxia is a condition that makes it difficult to coordinate movement. Many of the articles I’ve read about Radcliffe mention his bad handwriting and that he sometimes has difficulty tying his shoes. While it’s not as well-known as dyslexia or dysgraphia, dyspraxia often co-occurs with these conditions and affects about 10% of people.

What symptoms do you notice in students with dyspraxia?

My student has dyslexia. What makes Daniel Radcliffe his Reading Hero? His first reason is that he loves Harry Potter. Harry Potter was the first series that he ever read. Harry Potter and the Sorcerer’s Stone was actually the first book he read willingly; in fact, he begged his mom to get it for him.

What inspired me though, was my student’s second reason for seeing Daniel Radcliffe as his Reading Hero. He explained that it must have been difficult for Daniel as he was growing up and trying to become an actor. People might have made fun of him or thought that he wouldn’t do a good job because he had trouble with easy things like tying his shoes. But Daniel didn’t listen to them. Even though it might have made him sad sometimes, he believed in himself and he must have worked really hard to make his dream come true. My student went on to tell me that it doesn’t matter what other people say. Everyone has a hard time with some things. If you want to do something and you work hard, you can do it. Then he added, “Sometimes you have to work really, really hard.”

Like Daniel, my student also enjoys performing. He is in every play at the local theater. I’m sure that’s part of why he sees Daniel Radcliffe as a role model. He doesn’t want to be a famous actor though. He thinks he might like to own a horse ranch when he grows up. Daniel Radcliffe is a Reading Hero because he inspires my student to believe that he can.

Any of your struggling readers love Harry Potter? Tell them more about Daniel Radcliffe.

What other actors do you see as Reading Heroes?