Michigan is one of twelve states that does not have legislation regarding dyslexia in place. Check out Brainspring’s latest blog written from one of our tutor’s perspective. Although everyone at Brainspring may have differing opinions, we strive to highlight the diversity within our company. What are your thoughts? Are you familiar with the law(s) in your state? 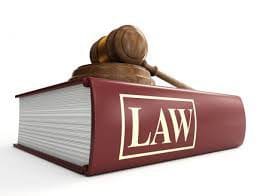 What Michigan Can Learn from Other States with Dyslexia Laws

There are lots of things Michigan can learn from other states about the implementation of dyslexia laws. It’s fair to say that Michigan, along with several other states, doesn’t feel the need to provide adequate services to students who are affected by this specific learning disability. It’s safe to say that if you asked most people whether dyslexia should be addressed and recognized in schools, I believe most them would say yes. So why are there still some states that don’t have dyslexia laws? This is an issue that is perplexing and hard to answer. Well, first we must understand the US federal laws on this matter. Per the article, “How IDEA Protects You and Your Child” by Andrew M.I. Lee (understood.org), the two main purposes of the law are to protect the rights of children with disabilities and to give parents a voice in their child’s education.

On the surface, it looks as though IDEA is looking out for the best interest of parents and children, however, if you dig a little deeper the true picture emerges to the forefront. There are 13 disabilities that IDEA covers and to be eligible for services a child must be found to have at least one of those disabilities. Some of the disabilities include Autism, Emotional disturbance, Hearing Impairment, Health Impairments (most commonly ADHD and ADD), and Specific Learning Disabilities (including dyslexia, dyscalculia, and dysgraphia, among others). The main problem is that although IDEA recognizes dyslexia as a specific learning disability, it does not set an agenda as to how individual states address students with dyslexia in their schools. Most states have noticed this and have enacted dyslexia laws that have accomplished what IDEA was set out to do. It seems rather feeble that the US federal government would not mandate a law that each state must adhere to in order to help students that are struggling to read. There is something fundamentally wrong with this situation. Isn’t that what a Free Appropriate Public Education is all about; looking out for each and every student especially those with disabilities?

First we need to define dyslexia and how it affects children. This might be a simple idea but many teachers do not know exactly what encompasses dyslexia. If you asked me before I began working for Brainspring, I would probably have told you that it affects peoples’ ability to read. Furthermore, I would probably have said that students often see different letters on the page or they confuse letters, viewing them as reversals. This is true but not entirely true. I see myself as a passionate teacher and I view most of my colleagues in the same light, however, I don’t think many teachers have a good grasp on what dyslexia is and how it affects children. With this mind, I think it’s crucial for Dyslexia advocacy groups to come to schools and inform teachers of what the disability is. Like I said before, teachers are passionate people and when you inspire teachers to make a difference they will rise to the occasion. Moreover, I really think when teachers realize the severity and implications of dyslexia this could be the fuel that ignites the fire for Michigan lawmakers. Teachers need to lead the charge to affect real change. Until then, Michigan will be one of several states without Dyslexia laws.