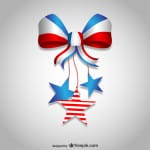 Welcome to Multisensory Monday!  I hope you had a fun-filled 4th of July weekend!

I’m in the blends section of Phonics First Layer 2 with a student right now, which means I’m being challenged to come up with activities for blends week after week.  Today’s activity is actually what I’ll be doing with my student when he comes this afternoon.  (Maybe that means I should post a comment afterward like I always ask you to!)

As I get further into Phonics First, I like to develop activities that ask students to explore the skills they are learning and to play around with words and language.  This helps them develop a deeper understanding of phonics sounds, skills and rules and how language works.

Flipping for Nouns and Verbs 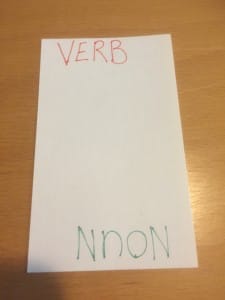 All you’ll need for this activity is a notecard that the student will use to make a NOUN/VERB flipcard.  First, he should hold the card longways and write “NOUN” on the top; then flip the card over on the long edge and write “NOUN” again.  Next, he turns the card around and does the same thing with “VERB”.  The idea is that both you and the student can see the choice he wants to show when he holds up the card.  If you’re working with a younger student who doesn’t know the terms “noun” and “verb”, try having them write “THING” and “ACTION”.

My student happens to be on Layer 2 Lesson 13A: ending l blends, but there is no reason why this activity couldn’t work for almost any lesson.

After introducing the ending l blends to the student, read several of the dictation words from the lesson.  Ask the student to repeat the blend he heard at the end of the word and then use his flipcard to show if he thinks it’s a noun or a verb.

It’s a 3 in 1 activity!  Students work on phonics, grammar and vocabulary all with one simple notecard!