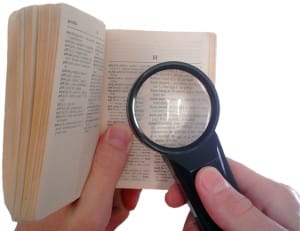 Many students find suffixes confusing, understandably so since most of the first suffixes they learn are also commonly seen not acting as suffixes.

Why is “ing” a suffix in jumping but not spring?

Why is “ed” a suffix in sweated but not red or education?

And “s” can be especially troublesome. It’s a suffix in cats, but not in bus, yet most of the time it needs to be doubled at the end of a one syllable word like pass.

Today I have a very simple tip that has helped many of my students learn to identify when these common pieces are acting as suffixes, and when they aren’t.

When my students see something at the end of a word that they think is a suffix, I ask them to cover or remove the suspected suffix and look at what remains. If what remains is a word (or at least looks like it could be a word, although they may not be able to read it immediately), then the ending is a suffix.

If, however, they remove the suspected suffix ending and what remains is not a word, then that ending was not acting as a suffix.

Let’s look at a few examples:

Both end with “ing”, but using this simple suffix test will help students actually see why “ing” is not a suffix in both cases. Removing the “ing” leaves us with:

Students will probably immediately recognize that “jump” is a word on its own; therefore, the “ing” was a suffix. “Spr”, on the other hand, could not possibly be a word, so “ing” was a part of the word and not a suffix.

sweated and red and education

Removing the suspected “ed” suffix leaves us with:

sweat and r and ucation

Even if students don’t recognize the word “sweat”, it still looks like it is a word on its own and that “ed” was a suffix. “r” is clearly not a word; the “ed” was part of the word, not a suffix. The “ed” in education does not even have to be removed to be tested as a suffix because it appears at the beginning of the word. Suffixes are added on to the end of a word, so in this case, students should immediately recognize that “ed” cannot be a suffix.

Base Words and Suffixes

Using this simple suffix test helps students more fully understand how suffixes function: they are pieces that can be added to the end of existing or base words to alter the meaning or function of the original word. Take some time to make your students familiar with the terms base word and suffix. A clear understanding of these pieces is necessary for dictation and syllabication, and will also provide a foundation for further work with affixes, as well as Greek and Latin roots.

What activities do you use when teaching suffixes?