Attention Deficit Hyperactivity Disorder, widely known as ADHD, has impacted the way students learn.  The disorder is commonly diagnosed in children around the age of 7 and boys are more than twice as likely to receive the diagnosis over their female counterparts. It’s interesting to note that this disorder was not fully recognized by the American Psychiatric Association (ADA) as a mental disorder until the late 1960’s.

However, the first doctor, British pediatrician Sir George Still, in 1920 noticed that, “some affected children could not control their behavior the way a typical child would, but they were still intelligent.” I believe that Dr. Still was on to something that relates to the child of today. He was able to recognize the difference between the intelligence of a child and the ability to control one’s self. Which brings us to this essential question, how do children with ADHD control themselves in order to flourish academically and socially?”

Unfortunately, there is not a perfect solution for a child who has ADHD because each person’s symptoms differ in severity. Also, medications, most popular Ritalin are not always effective or available to children. Furthermore, parents grapple with whether to medicate their children. From my experience as a teacher, many parents prefer not to medicate their child if they don’t have to. 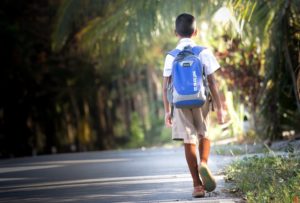 I think many parents worry about the potential side effects and how they could cause even more problems. Moreover, it’s often hard to know if the student’s inability to perform a task is based on their disorder or something else. Throughout my years of education I’ve never been an advocate of medicating children, but I have seen the positive impact medication can have on a child who struggles with ADHD. In the past, I’ve had many parents who have either been proponents of medication or have been dead set against it.

I respect parent’s decisions either way when it comes to medication, and I understand that it’s up to me to educate that child no matter what the challenges are. Although medication does work in most cases, it needs to be paired with behavior therapy. Behavior therapy, “addresses specific problem behaviors by structuring time at home, establishing predictability and routines, and increasing positive attention.” This doesn’t need to be a daunting task, in fact by individually considering each child it is easy to identify his or her top-priority behaviors. Also, it’s imperative to focus on three main components:

The hardest part is getting started. Every child is different, and when you address the behavior of a child, sometimes it’s impossible to predict how they will react. Continue to be consistent and stick with your plan because, in the end, we’re really trying to remain focused.