When students learn a new sound, they have a stronger chance of retaining the newly learned sound with frequent repetition and exposure. Why not practice a new sound with alliteration stories and a fun gesture? In the following examples, students listen for initial sounds in words, then produce a corresponding gesture each time they hear the targeted sound.

Read the story below to the class. Each time students hear the /s/ sound at the beginning of a word, they make a gesture of cleaning a sailboat with soap! Click here for a fun example: Soap and Sailboat

Sally likes to sail in the summer. She sees seagulls and sings with them on the sea. Sometimes, Sally wears a sparkly swimsuit and swims with sea turtles. Sally sees sea turtles underwater with her snorkel and smiles at them. Sally’s favorite meal at sea is spaghetti and sauce, and she sometimes shares with her friend Samantha. Samantha loves to clean the sailboat with soap, before ending the day with a beautiful sunset!

While students listen to the /p/ alliteration story, have them pretend they are adding pepperonis, peppers, pickles, potatoes, and peanuts to their pizza for every beginning /p/ sound they hear!

/P/: Pete and the Pepperoni Pizza

Pete’s favorite thing to eat is pepperoni pizza. He likes to pretend he is a pizza maker and make pizza for his friends. Paul is Pete’s friend, and Paul loves peppers on his pizza. He really loves green peppers and red and yellow peppers. Could Pete and Paul possibly make a new pizza creation? What if they added pickles, potatoes, and peanuts to their pizza? Would that be the best pizza on the planet? 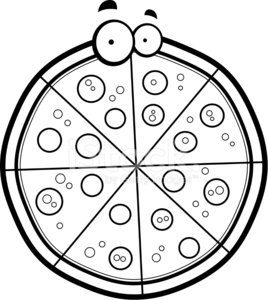 Below is a printout of the alliteration stories above:

Angelina is an Instructor with Brainspring Educator Academy. She is also the director of Brainspring’s Grosse Pointe Learning Center.