This game can be used during syllabication to make a game out of syllabicating multisyllabic words. Students will play this game to practice identifying syllable types within words while having so much fun! 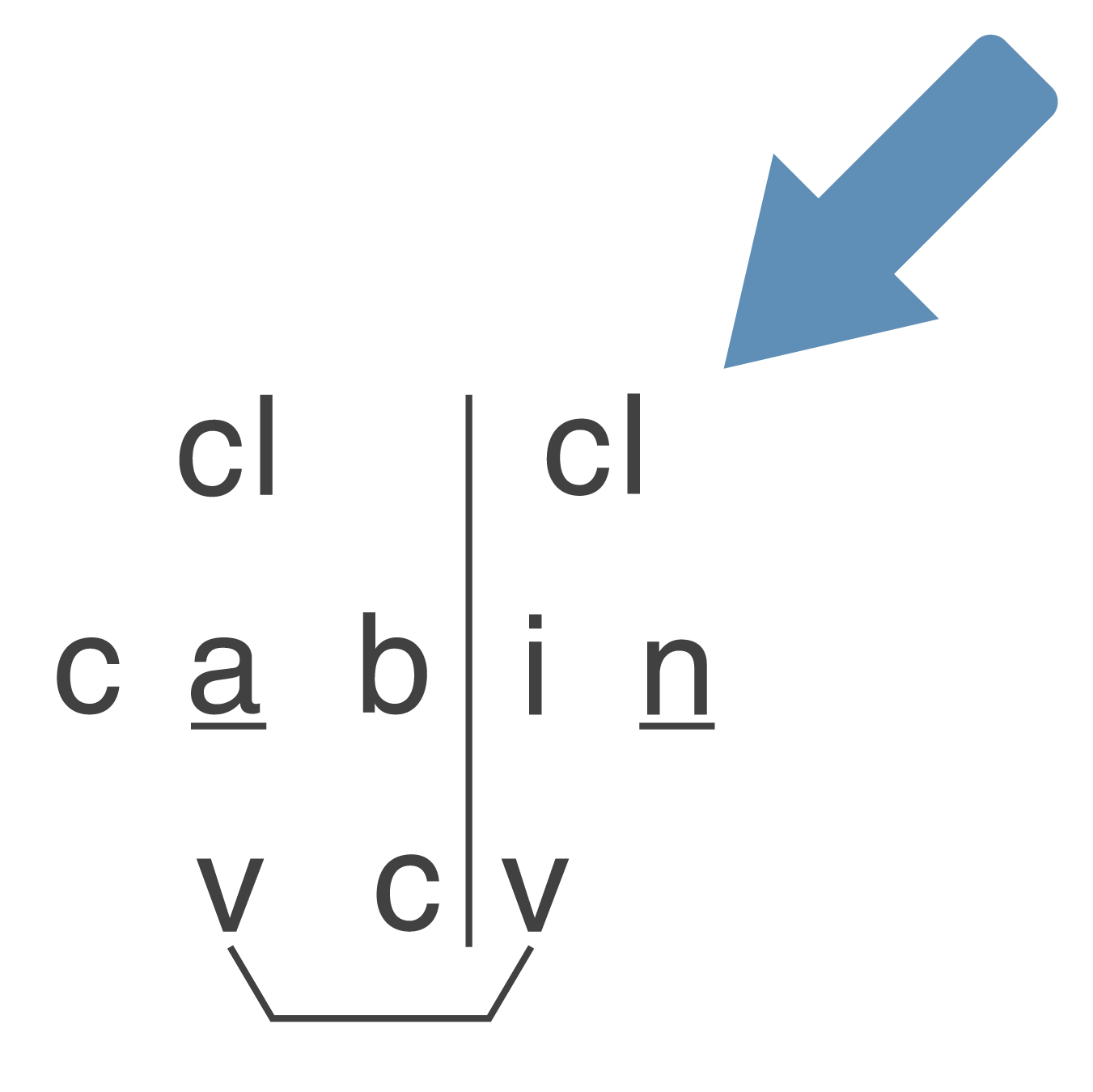 Have a student pick a card. Then, they syllabicate following the steps outlined in the Curriculum Guide. (Example left.)

After syllabicating, they will see if the second syllable type matches one of the bases around the board. If so, they will move their coin to that base.

At their next turn, they will place their next coin on the identified syllable type and move their previous coin forward to the next base if it is in the way of the new coin. For example, if they have a coin on second base and then get another word that matches the syllable type of second base, their coin on second moves to third base, and they put a new coin on second. Once a coin makes it around the bases and gets to home, that student gets a run! They can even get a home run if one of the words contains that syllable type!

The following student takes their turn after the first player gets three outs. They get an out if the second syllable does not match any of the bases; thus, they strikeout.