Someone shared an article over Facebook recently about how the meaning of the word “literally” has changed to also mean “not literally”.  I literally just Googled it and this is what I found: 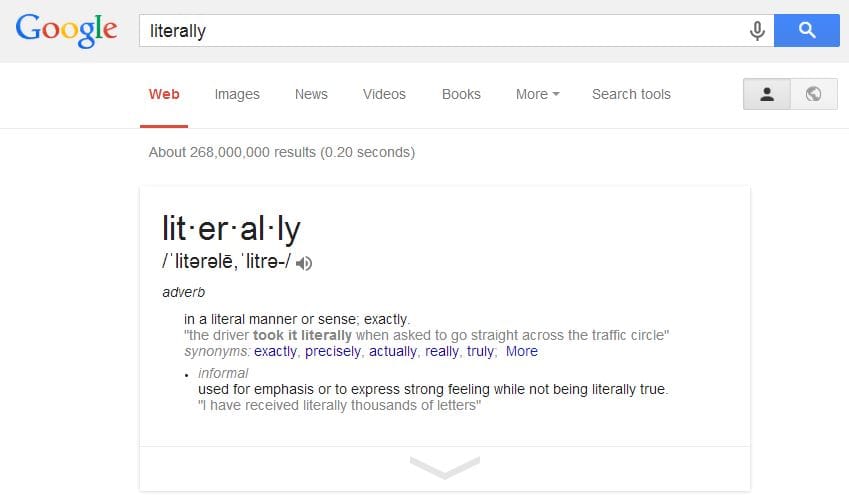 Some people have posted outraged responses to this change, while others have been accepting.   This is nothing new when it comes to language though.  There are very few aspects of English that are universally viewed as right or wrong.  Most of the time, it depends on what view of language people hold and what their purpose is.

Descriptive grammar is the approach many linguistic scholars and dictionaries take towards language.  This approach focuses on the way native speakers use language and tries to theorize about the underlying mental grammar framework that produces it.  The goal is to answer questions about what a language is like, what forms it has and how it is used in different circumstances.

To Boldly Go… or To Go Boldly…?

Here are a few articles if you’re interested in reading more.  The PBS one is especially good.

There is literally no right or wrong way to look at language.  Language is literally always changing and evolving because it is in constant use by living people and adapting to new situations.  Language change is nothing new.  I remember struggling sometimes to read Shakespeare because I found the language confusing at times, even though it was English!  While some usages of language may literally make your head want to explode, language is literally being changed as long as it is in use.

Literally is not the first word to end up with seemingly contradictory meanings.  Look at the definition of “peruse”! 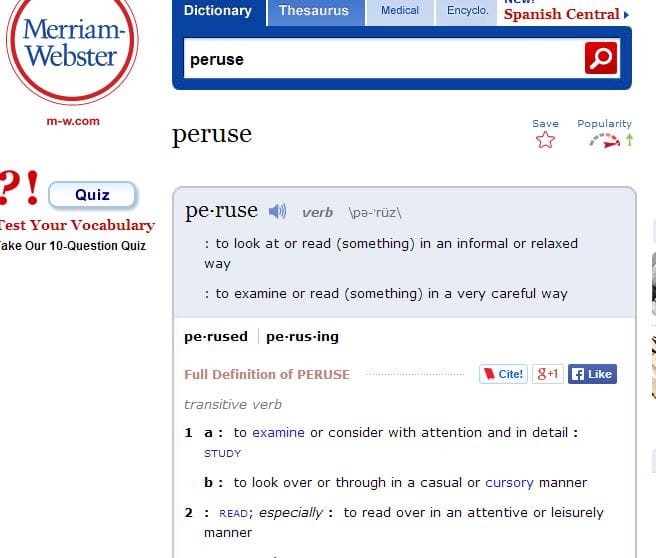