Learning to read and write in English is not easy. The 44 phonemes (sounds) in the English language are represented by 26 letters. More than 200 different letter combinations also represent these 44 phonemes. This mismatch results in what experts call a “deep orthography,” which means there are many ways to spell the same sound or many sounds for some spellings.

While English is a complex language, there is a system to its orthography. In fact, more than half of all English words follow established rules or consistently use common spellings. As we learn this system of rules that govern most of our words, it demystifies the “kookiness” of the way English works, making it easier to read and write.

One of the English language’s more frustrating aspects is the Silent Final-E.  To new, emergent, or struggling English readers, the Silent Final-E seems to appear randomly. Many educators know that a Silent Final-E makes the vowel sound long, like in the words make, home, smile, and cute. But the truth is there are many words in which the Silent Final-E does not affect the vowel sound, and knowing the rules behind these words simplifies reading and writing. Many adults, even teachers, are not familiar with all these rules! Unlocking the mystery of Silent Final-E really does make spelling and reading so much easier!

Below are the five rules that explain a majority of Silent Final-E words and are the most important for students to know and apply. These are listed in order of prevalence. 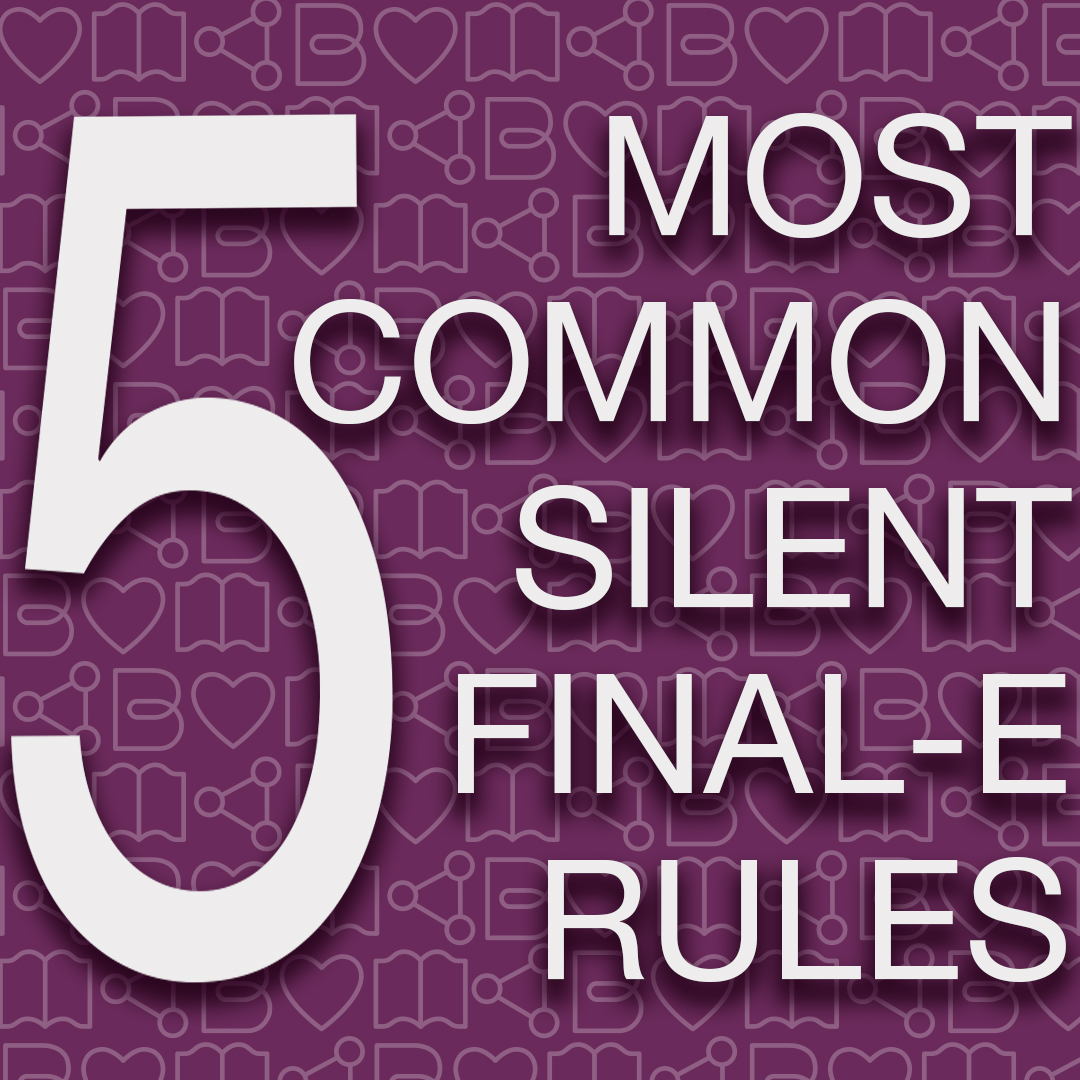 Note: Some words follow a combination of Rule #1 and Rule #3. Examples include:

Consonant -le syllables. The /l/ sound can be sustained in pronunciation, meaning it can form a new syllable without a heard vowel sound. Since “Every Syllable Must Contain a Vowel,” Silent Final-E must be added to the end of words that have Consonant-le patterns.

Add a Silent Final-E to words that end in a voiced TH. This tells you when the digraph TH is voiced at the end of a word.

As stated before, there are more Silent Final-E rules, including, “Add an e to keep singular words that end in -s from looking plural, as in mouse or purse.” Still, teaching the five most common rules for Silent Final-E is a simple and helpful boost you can give a student struggling with reading and writing.

Samantha is a Brainspring Instructor and co-host of The Orton-Gillingham Podcast.