Once upon a time, hopscotch was a popular playground game. Nowadays, it seems like many kids do not play it. Let's change this and add in some phonemic awareness skills!

Here are a few simple activities that you can do with students while they are playing:

Begin a chant with your student, and have them repeat a rhyme after you. Start by saying "car, star, far, par." Have the student repeat this chant, and then see if they can think of other words before jumping into a square. Each time they can think of a word, they jump to another square(s).

Tell your student a compound word but pause between the two words. Have the student hop a space for each word, then jump into the next space while saying the whole word.

For example, if you say "Foot - ball," your child jumps one space for "foot," and another for "ball," then a third as they say the whole word "football." 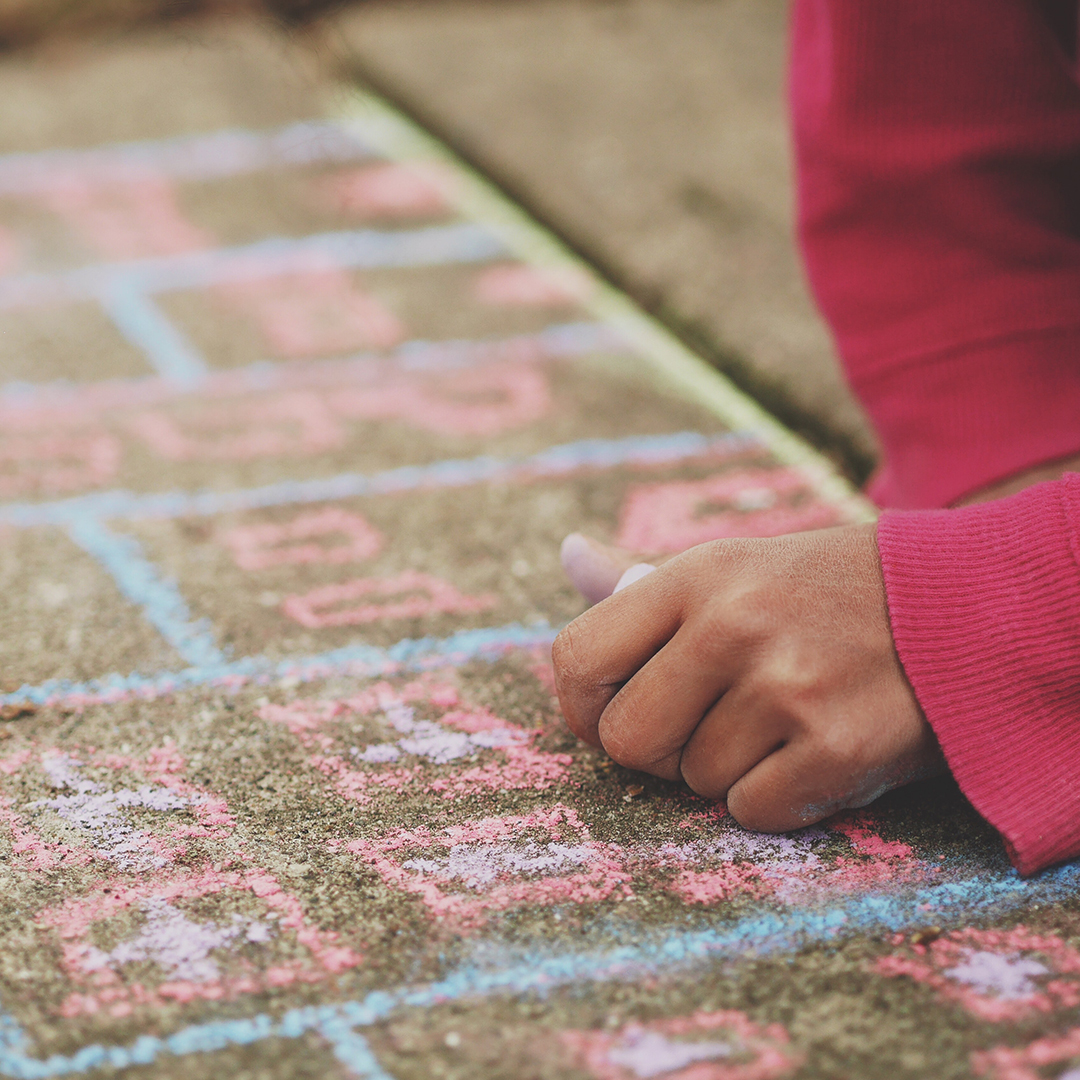 The game of hopscotch can also be played by having the student say each part of the compound word as they jump to new squares.

For example, you say "teacup." The student jumps once to "tea" and then another bounce to the word "cup."

While playing, say "gold," and have the student say the next term, "fish."

Then, have the student jump to a new square as they say the whole compound word "goldfish."

You say the word and have a student repeat it. Then, change the last word, and have the student guess what it is!

For example, you say "daytime." Once they repeat it, you say, "change the word time to dream," and they can figure out that this changes "daytime" to "daydream." This will result in the student jumping squares.

These examples are just a few suggestions of the many out there. Happy Hopscotching!

Use #BrainSpringOG to be featured on Brainspring's social media when using this activity!