Introducing the –tch rule was a lot of fun using my own Bitmoji! Here I am with a big baseball glove, perfect for “catch.” In my first grade class I begin with a whole group lesson using a PowerPoint presentation. I projected my Bitmoji with the word “catch” on the screen. 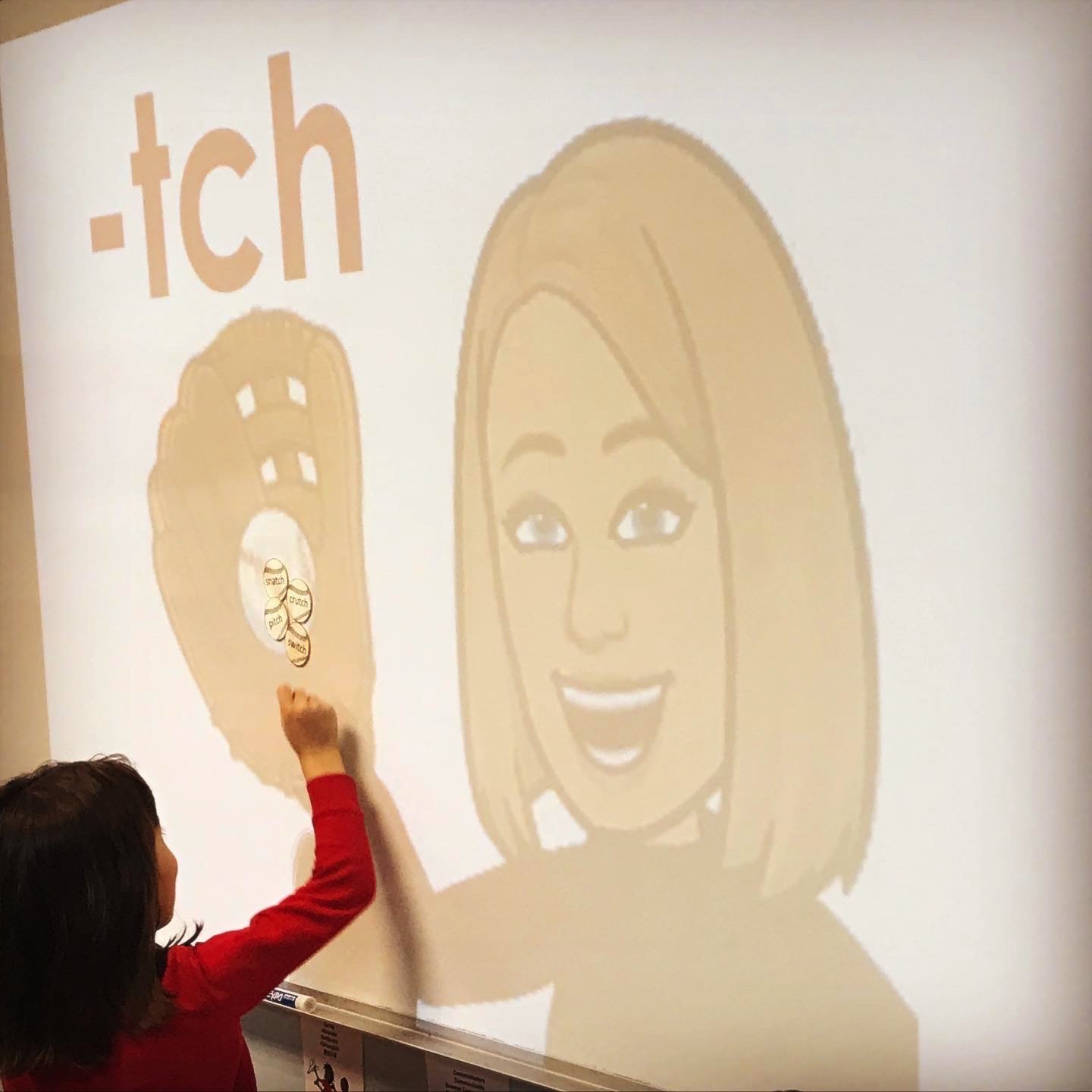 Before the lesson, I prepared several baseballs with –tch words and a few that were not –tch words. I put magnets on the back so they can be placed on the whiteboard. I handed them out to the class as they walked in and took their seats. They were curious about their baseball and word.

After sharing the –tch rule, I explained that I can only “catch” words that follow the rule. If the word on the baseball follows the –tch rule, the student places it in my glove on the white board. If the word does not follow the rule, the student places it off to the side of my image. Each student had the opportunity to read their baseball and go up to the board.

One of the keys to this activity is regularly repeating the same dialogue so they hear the rule and listen to the words many times. When a student reads the baseball “fetch,” the teacher says, “I can only catch words that end in -tch. Can I catch the word “fetch”? “Yes, I can. Go place “fetch” in my glove.” While the student is walking to the board and placing the baseball, the teacher can repeat the rule again by saying, “I can catch ‘fetch’ because it’s a one-syllable word that ends in the /ch/ sound.” The teacher repeats the activity and the dialogue with each student, giving students lots of opportunities to hear the rule and apply it to several words.

The students definitely associated the word “catch” with the -tch rule and had fun “playing catch with me” on the whiteboard.

Written by Patti Lazenby
Patti is a 1st grade teacher in Atlanta, GA